By Hielscher, John SARASOTA-MANATEE HOUSING MARKET SARASOTA COUNTY – For the first time in at least seven years, the foreclosure rate has dipped below 2 percent in the Sarasota-Manatee region. The rate of foreclosures among outstanding mortgages in the two counties fell to 1.91 percent
READ MORE

Are you tired of creditors calling you? Want to get on a National DO NOT CALL list?

The Importance of a Credit Report 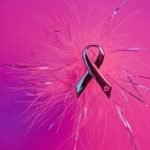